Wordcloud is a cluster of words or visualisation of the most commonly or frequently used terms within a given dataset of words. The basic principle is that the higher the frequency, the more prominent the word is in the figure. Wordcloud is a relatively easy and quick text-mining tool which allows to get a rough overview of the word usage within the dataset, which can give further ideas when studying word usage frequency. Wordclouds can also help get first impression of the differences or similarities when working with two textual datasets. 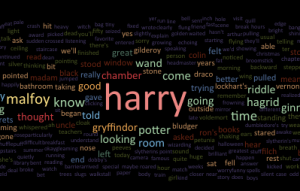 A Wordcloud of the most commonly used words in the Harry Potter book series. Unfortunately, this gives little insight since the result of the visualisation is quite predictable. Source

All in all, wordclouds can be a good intro exercise when getting familiar with text mining and neural language processing. It offers a simple and comprehensible visualisation, however its features are quite limited if a thorough textual analysis is required. As an alternative, it might be better to use a barplot or a lollipop chart, since they also make it possible to rank words by usage frequency. For example, you can easily allocate the tenth most common word in a barplot, whereas in a wordcloud you might struggle to see the difference in sizes after identifying the first 5 most commonly used terms.

Let's try and create our own wordclouds. For the exercise we will use the transcripts of the inaugural speeches of the President of Russia (from 2016) and the President of the USA (from 2021). Creating two wordclouds can help us obtain a general understanding of which topics were in the centre of attention for the presidents during their speeches.

Before starting, we copy the text form the source and save it as a plain text with UTF-8 encoding. Once this is done, we can open our IDE to proceed with text mining. 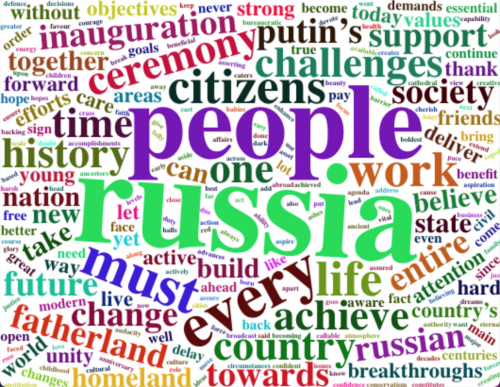 Fig.2: Wordcloud of the most used words during Vladimir Putin's inauguration speech in 2016 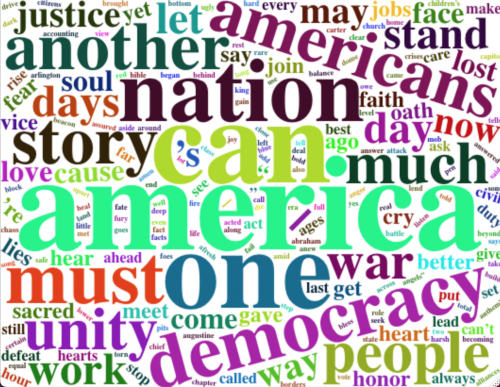 Fig.3: Wordcloud of the most used words during Joe Biden's inauguration speech in 2021

Above we see two wordclouds resulting from out text mining performed on the transcripts of Biden and Putin during their inauguration ceremonies. Based on the visualisations, we can conclude, that the most used word for both presidents were the names of their countries. Both presidents addressed the people by using different words, such as "people" and "citizens" in case of Vladimir Putin's speech, and "nation" and "Americans" in case of Biden's speech. Among other more prominent terms are such words as "democracy", "story", "war", "justice", "unity" and "work" used by the American president, and "challenges", "time", "history", "work", "towards", "fatherland", "achieve" and "life" used by the Russian president.

The code was inspired by

The author of this entry is Olga Kuznetsova.

Retrieved from "https://sustainabilitymethods.org/index.php?title=Wordcloud&oldid=6579"
Categories:
This page was last edited on 21 March 2022, at 02:45.
Privacy policy
About Sustainability Methods
Disclaimers