Solving the conflict between railroads, nomads and wildlife in Mongolia

The project focuses on the Trans Mongolian Railroad Corridor (TMR) between Ulaanbaatar and Erenhot, where fenced railroad - a consequence of a growing mining sector - creates a barrier for nomands and their herds, leads to habitat fragmentation for the movement of wildlife, and imposes a danger to both. This conflict between infrastructure, local populations and animals is in the center of this research proposal. Two research proposals are presented here, which both revolve around the idea of identifying potential spots for railway crossings for wildlife and nomads. Landsat GIS data, as well as wildlife movement GIS data from previous studies, are proposed be analyzed to examine topographical preconditions for railway crossings, as well as vegetation changes and gazelle migration patterns to identify relevant spots for local wildlife. In addition, data from semi-structured interviews with ten nomad herders shall be gathered and analyzed to assess if, and where, they would be interested in also using railway crossings in accordance with their traditional and personal requirements. In combination, the gathered data shall help identify potential spots for railway crossings, which can be installed subsequently. 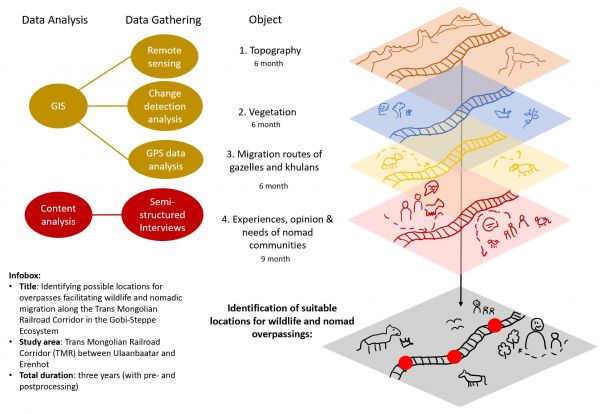 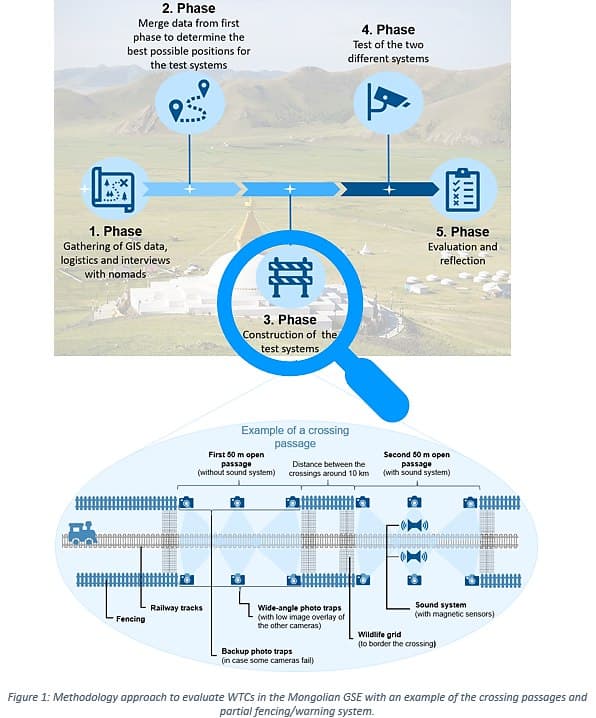 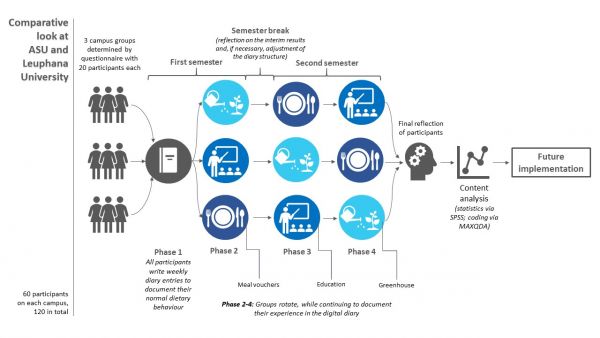 This research proposal revolves around the problem of providing affordable, yet healthy and sustainable food at university cafeterias in Germany and the US. The suggested idea here is to, first, conduct a questionnaire with 60 first semester university students at two universities, each, based on which the participants will be grouped according to their financial resources, which are of interest to this study. Then, students take part in four six-week long project phases, in which they are asked to document in a digital diary their food consumption and review their experience with one of three rotating interventions, as well as their initial behavioral patterns. The interventions either include meal vouchers for vegan or vegetarian meals at dining halls; educational sessions on health, sustainability and affordable nutrition as well as cooking classes; and engagement with a newly set up greenhouse. After going through all four phases, participants are asked to rank all interventions in a questionnaire. All diary and questionnaire data is analyzed qualitative and quantitatively, and suitable recommendations are developed for both universities based on the insights.

Protecting the Sierras Nevadas in Argentina 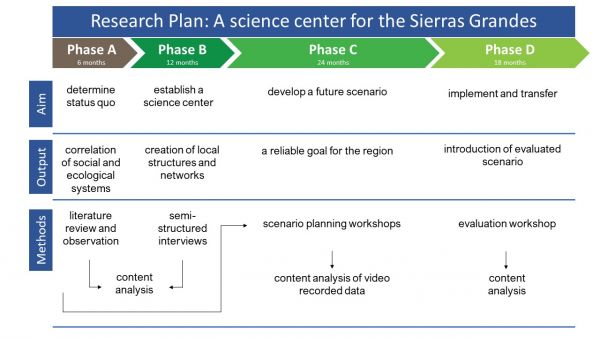 This research proposal investigates the potential of volunteer tree planting in the Sierras Grandes in Argentina. To do so, it is proposed to establish a local science center in order to co-develop a future scenario with local stakeholders and subsequently ensure its long-term and inclusive implementation. In a first step, a literature review and ethnographic observation of local actors are conducted to get an initial overview on the study area and field. Then, in semi-structured interviews, relevant stakeholders shall be identified, which shall be invited to four scenario planning workshop. Here, with a focus on inclusive and collaborative development of the region, four scenarios are constructed, one of which is selected as the baseline for future activitites. First measures, with a focus on volunteer tree planting, shall be implemented and evaluated as a baseline for future plans.

The author of this page is Christopher Franz, based on the research proposals by the credited students.

Retrieved from "https://sustainabilitymethods.org/index.php?title=Mixed_Methods_Examples&oldid=6211"
Category:
This page was last edited on 9 August 2021, at 02:03.
Privacy policy
About Sustainability Methods
Disclaimers