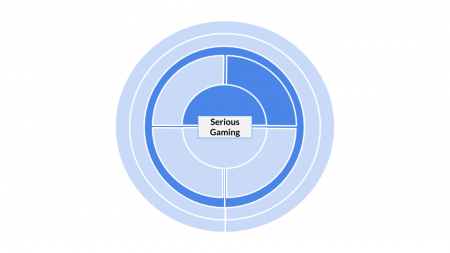 In short: Serious Gaming involves games, i.e. interactive analoguous or digital formats, that harvest or create knowledge within a game setting with stakeholders. 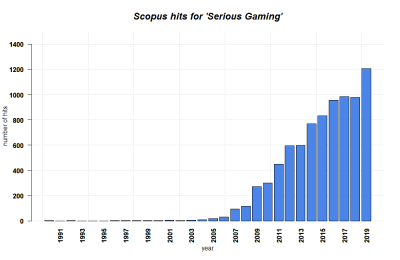 "Gaming has roots in systems analysis, operations research and decision sciences. The earliest use of gaming in support of decision making are in war games (...). They have a long history and originated as devices for planning military operations (...). The use of gaming in a political-military-security context was subsequently transferred to a non-military context, hence the interest in gaming simulation by not only computer scientists and game designers, but also decision makers, public policy makers, engineers and scientists." (Savic et al. 2016, p.457).

Serious Games are a form of gaming and thus located within the field of simulation and gaming research, alongside other aspects such as computer simulations, agent-based modeling, role-plays and virtual reality (2). "The notion of serious gaming was introduced by Abt (1970), who established how simulation games could be used for education, decision making and for public policy making." (Savic et al. 2016, p. 457, emphasis added). Since Abt's primary work, the method has found its way into several fields, including business, corporate, healthcare, government, military (among these the RAND corporation who invented the Delphi Method) and science (1, 2, 8). However, its primary usage is for education, training and conflict resolution (1, 5). 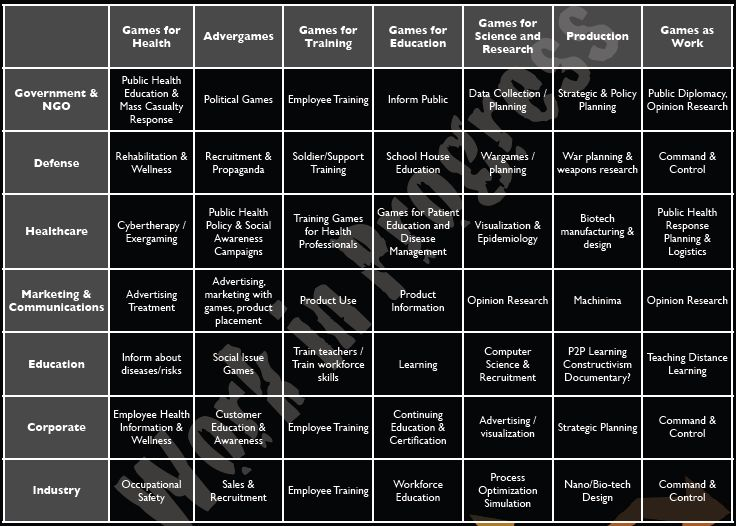 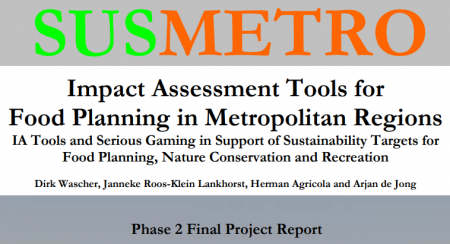 The SUSMETRO project was a Serious Gaming project in the field of land-use planning that is described as follows in Wascher et al. 2010, p.22 (see References): "By offering decision support tools such as maps, figures on sustainability and impact scenarios for stakeholders of metropolitan regions, SUSMETRO facilitates and enables evidence-based decision making by means of a ‘serious game’." More specifically, stakeholders were asked to decide for agricultural innovations and land-use types for specific areas in their respective metropolitan regions, and the game provided feedback on the outcomes of these land-use changes also on aspects such as recreational and nature conservation functions. In the end, the stakeholders were supposed to find a mix of agricultural land-use types that has the best outcome on the triple bottom-line of people, planet, and profit.

Technically, the SUSMETRO game was based on Excel and an adapted ArcGIS software which ran on a large touch-sensitive computer screen (Maptable). It was assisted by a facilitator and could be played by maximum 15 persons at once. On the Maptable, maps were displayed, based on which the stakeholders selected a region that represented their respective urban region. Then, first, they had to decide on what the region looks like now by selecting and defining different types of 'Landscape Character Areas', which were drawn onto the map. 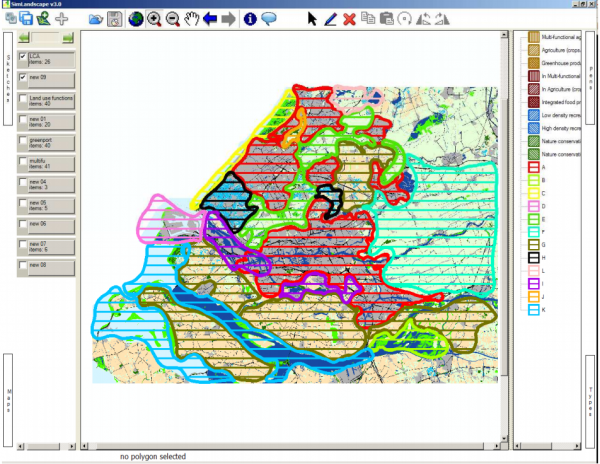 In Excel, then, the stakeholders could learn about four general types of 'Land Use Functions' with sub-types, which were pre-defined definitions of different kinds of land use, such as 'conventional agriculture (greenhouse production)', or 'recreation (low density recreation)'. Each definition entailed values and assumptions about these kinds of land-use, which could be discussed and adapted by the stakeholders. 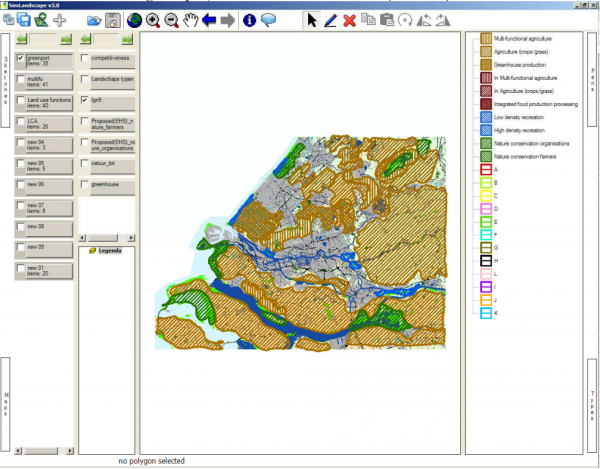 The Land Use Functions Map of the current state of the Rotterdam region. Source: Wascher et al. 2010, p.42

The Land Use Functions for the current landscape could not be changed, but the stakeholders could subsequently draw their own distribution of land-use functions onto the map based on discussions about the potential, required, or desirable development of the area. These Land Use Functions were meant to provide more detailed information than the initial Landscape Character Areas, and more data to work with for the subsequent evaluation. 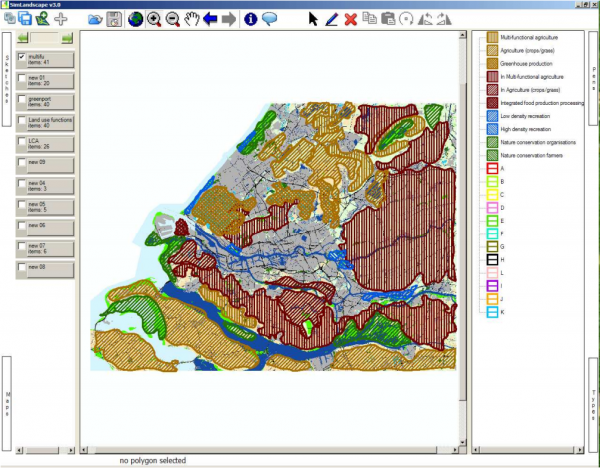 The Land Use Functions map for the future as projected based on stakeholder input. Source: Wascher et al. 2010, p.43

Based on these drawings, ArcGIS and Excel could be used to calculate the consequences of these changed land-use types for the respective areas. 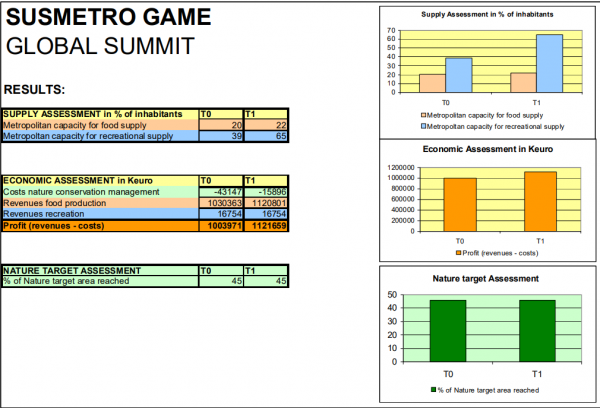 The results of the assessment of the current (T0) and projected (T1) land use in the Rotterdam region, with regards to the the three areas of food and recreational supply, profits, and nature area. Source: Wascher et al. 2010, p.44

The results from these calculations were displayed and provided information on

Although the researchers discussed some shortcomings of their gaming approach, both technologically and methodologically, they highlighted good interaction by the stakeholders and helpful results for policy planning in the region.

Retrieved from "https://sustainabilitymethods.org/index.php?title=Serious_Gaming&oldid=6174"
Categories:
This page was last edited on 30 July 2021, at 04:07.
Privacy policy
About Sustainability Methods
Disclaimers