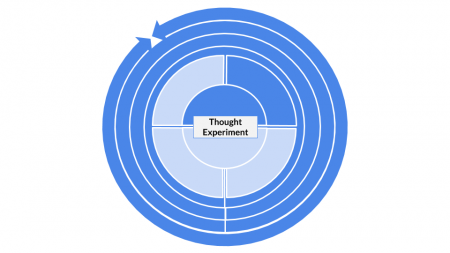 In short: Thought Experiments are systematic speculations that allow to explore modifications, manipulations or completly new states of the world. 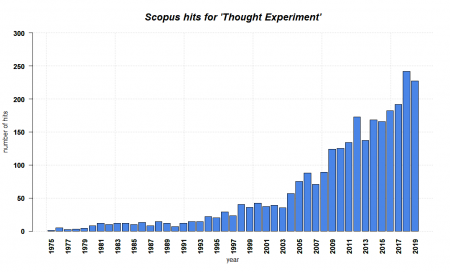 The Thought Experiment may well be the oldest scientific method. The consideration of potential futures was a vital step when our distant ancestors emancipated themselves and became humans. Asking themselves the What if questions was a vital step in the dawn of humankind, and both in the West and the East many of the first thinkers are known to have engaged in Thought Experiments. Methodologically, Thought Experiments provide a link between the metaphysical - or philosophy - and the natural world - i.e. natural sciences. Ancient Greece as well as Buddhism and Hinduism are full of early examples of Thought Experiments. Aristoteles remains a first vital step in the West, and after a long but slow growth of the importance of the methods, he represents a bridge into the early enlightenment. Galileo and Newton are early examples of famous Thought Experiments that connect theoretical considerations with a systematic reflection of the natural world. This generation of more generalisable laws was more transgressed with the Origin of Species by Charles Darwin. This theory was initially one epic Thought Experiment, and although DNA initially confirmed it, the role of epigenetics was another step that proved rather problematic for Darwinism. Mach introduced the term "Thought Experiment", and Lichtenberg created a more systematic exploration of thought experiments. Many ethical Thought Experiments gained province in the 20st century, and Derek Parfit is a prominent example how these experiments are used to illustrate and argument cases and examples within ethics.

The easiest way to set up a Thought Experiment is to ask yourself a "What if" question. Many Thought Experiments resolve around decisions, choices or potential states of the future. A famous example is the Trolley experiment, where a train rolls towards five train track workers, who would all be killed be the oncoming train, unaware of their potential demise. You can now change the direction of the train, and lead it to another track. There, one worker would be killed. Uncountable numbers of variations of this experiment exist (see Further Information), as it can teach much about choice, ethics, and responsibility. For instance, many people would change the train direction, but hardly anyone would push a person onto the track to derail the train. This would save the other five, and the outcome would be the same. However the difference between pushing a lever or pushing a person has deep psychological ramifications that resolve around guilt. This exemplifies that the Thought Experiment does not necessarily have a best outcome, as the outcome depends - in this example - on your moral choices. Some might argue that you should hurl yourself onto the track to stop the train, thereby not changing the countable outcome, but performing a deeply altruistic act that saves everybody else. Most people would probably be unable to do this.

Such deeply normative Thought Experiments differ from Thought Experiments that resolve around the natural world. Dropping a feather and a stone from a high building is such an example, as this experiment is clearly not normative. We are all aware that the air would prevent the feather to fall as fast as the stone. What if we take the air now out of the experiment, and let both fall in a vacuum. Such a Thought Experiment is prominent in physics and exemplifies the great flexibility of this method. Schrödinger's Cat was another example of the Thought Experiment, where quantum states and uncertainty are illustrated by a cat that is either dead or not, which depends on the decay of some radioactive element. Since radioactive decay rates are not continuous, but represent a sudden change, the cat could be dead or not. The cat is dead and not dead at the same time. Many argue that this is a paradox, and I would follow this assumption with the supporting argument that we basically look at two realities at the same time. This exemplifies again that our interpretation of this Thought Experiment can also be normative, since a definitive proof of my interpretation is very difficult. This is insofar relevant, as seemingly all Thought Experiments are still based on subjective realisations and inferences. 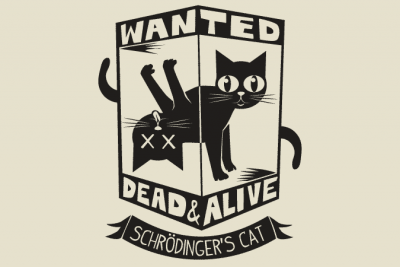 So far, we see that there are Thought Experiments that resolve exclusively about a - subjective - human decision, and other types of Thought Experiments that are designed around setting in the physical world. The difference between these two is in the design of the experiment itself, as the first are always focused on the normative decisions or people, while the second focuses on our normative interpretation of anticipation of a design that is without a human influence. This distinction is already helpful, yet another dimension is about time. Many Thought Experiments are independent of time, while others try to reinterpret the past to make assumptions about a future about which we have no experience. Thought Experiments that focus on re-interpretation of the past ("What if the assassination of Franz Ferdinands failed? Would the first World War still have happened?") look for alternative pathways of history, often to understand the historical context and - more impotantly - the consequences of this context better. Most Thought Experiments are independent of a longer time scale. These experiments - such as the Trolley experiment - look at a very close future, and are often either very constructed or lack a connection to a specific context. Thought Experiments that focus on the future are often build around utopian or at least currently unthinkable examples that question the status quo, either form an ethical, societal, cultural or any other perspective. Such desirable futures are deeply normative yet can build an important bridge to our current reality through backcasting ("What if there is no more poverty, and how can we achieve this?").

When you start thinking about variations of the famous Trolley experiment, you can dive into normative questions of all sorts. Here are some versions that our students came up with (remember: in the classical version, a trolley threatens to kill five people on the tracks, and you have the choice to divert the train towards one other person instead).

Retrieved from "https://sustainabilitymethods.org/index.php?title=Thought_Experiments&oldid=4514"
Categories:
This page was last edited on 21 March 2021, at 13:46.
Privacy policy
About Sustainability Methods
Disclaimers