A Fishbowl is a medium-length dialogue format for large groups, lead by a moderator. Four to five people discuss a question or topic while being surrounded by a typically much bigger audience, which is enabled to participate in the discussion by taking one of the chairs in the discussion group. The Fish Bowl format can be used for teaching (e.g. group discussions in seminars), for workshops (e.g. in work environments, events, organisational activities), or for stage discussions (e.g. on conferences). Depending on the context, the lenght of a fishbowl discussion can range from 15-20 minute sessions to more than an hour, with 30-45 minutes being rather typical. 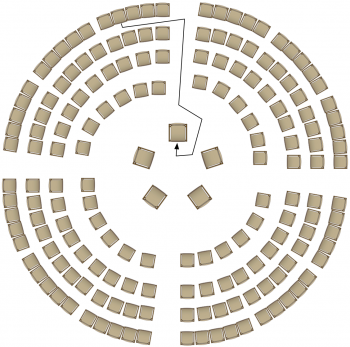 - INES STADE: Was ist Fishbowl? - Next Time Teaching: Everything that could go wrong with your fishbowl discussions

Retrieved from "https://sustainabilitymethods.org/index.php?title=Fishbowl_Discussion&oldid=3255"
Categories:
This page was last edited on 4 November 2020, at 05:21.
Privacy policy
About Sustainability Methods
Disclaimers